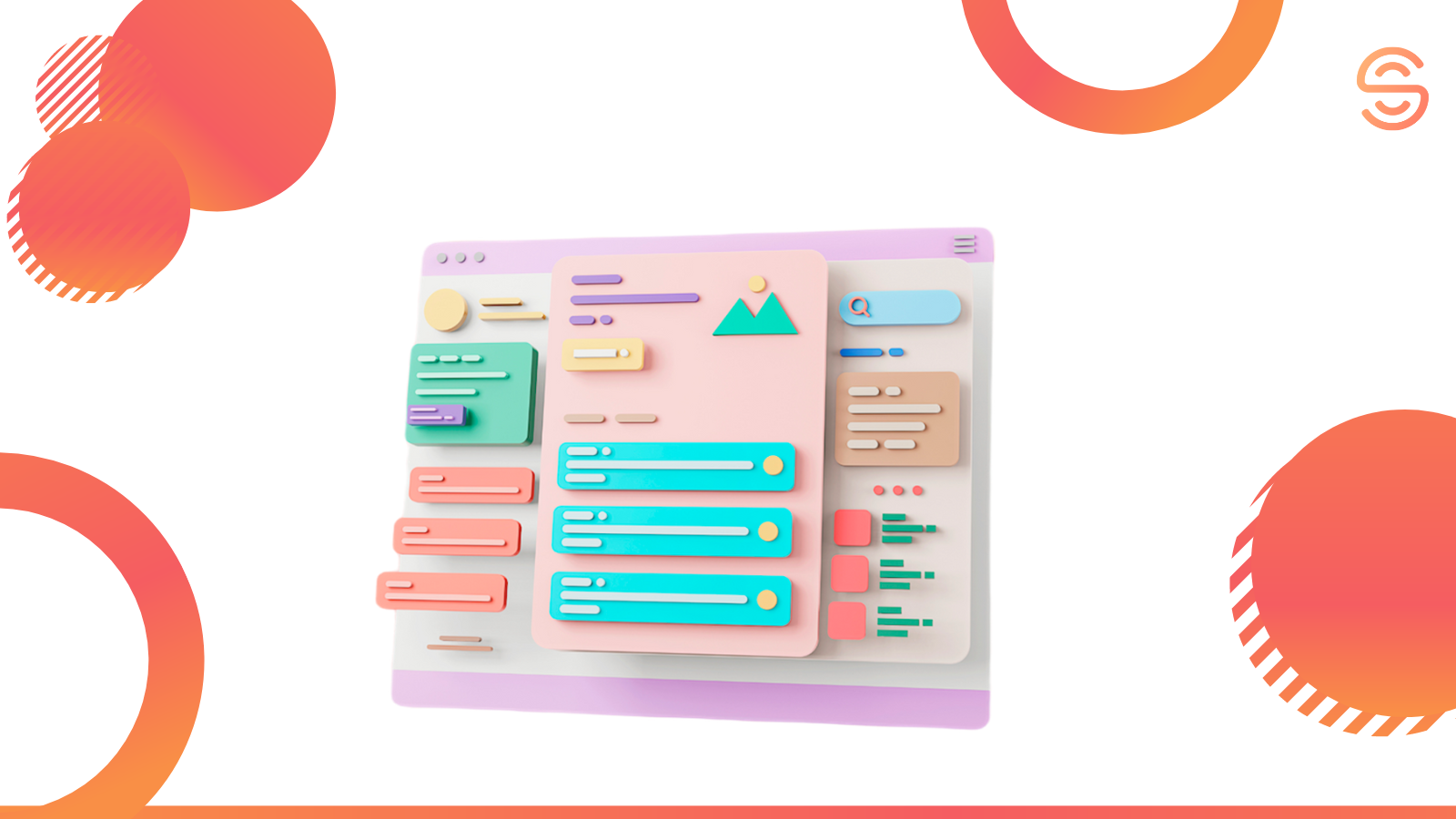 Create a free account and get alerts on your clients activity

Web2 unleashed the potential of social media platforms and online communities that now boast millions of users worldwide. These centralized platforms gave birth to the influencer movement allowing people to spread the word about what they believe in and make money by paid promotion.

However, information is an asset that can be turned into value and create a lucrative market for data. So the more people create unique content online, the more they care about owning this market.

The creation of Web3 and the development of a strong community behind it is an understandable response to data appropriation and usage by corporations to make a profit off of it, without properly compensating people. Whether it is a form of populist suspicion disseminated by the surveillance society or the actual state of things, the shift towards Web3 is supposed to give a rise to micro and creator economies leaving those who own your data behind.

Although Web3 still has a long way to go towards its mainstream adoption, it is already disrupting the way people create and consume content and are being rewarded for that. While industry players and society have been doing their best to reimagine Web2, here are the key Web3 marketing trends that have emerged in the market. All of them aim to develop experiences at the intersection of technology, art, design, and social media.

As investor Cooper Turley said, “a DAO [Decentralized Autonomous Organization] is an internet community with a shared bank account.” A bunch of people who met online and suddenly felt they were on the same page to share a bank account in order to buy a basketball team — sounds a bit odd, right?

But in reality, it’s actually very simple: a group of people pursuing the same goal or idea and a common mission decided to raise capital together using a crypto wallet, to further develop it. The fascinating thing about DAOs is that they are governed by community members, instead of a centralized authority. It enables contributors and investors to impact the project directly.

Over the past year, the market has seen the birth of multiple DAO projects like those of Battle Infinity which is developing a blockchain game, with play-to-earn and Web3 elements, privacy and anonymity coin Dash, Decentraland that allows MANA token owners to govern LAND auctions and control other things in the metaverse, and ConstitutionDAO that aims to “put The Constitution in the hands of The People,” among others.

Not only are DAOs expected to dramatically change the traditional VC model of funding but also the popularity of DAOs goes hand-in-hand with that of non-fungible tokens (NFTs).

Think of it, last September, the news broke that Andreessen Horowitz invested $5 million into Friends With Benefits, a group chat that describes itself as “the ultimate cultural membership powered by a community of our favorite Web3 artists, operators, and thinkers bound together by shared values and shared incentives.”

The hype around NFTs has probably done more for popularizing Web3 and the underlying blockchain technology than all the crazy price swings the crypto market has experienced in years.

While it took bitcoin (BTC) more than a decade to pave its way from geeky communities to mainstream becoming one of the most discussed assets in the modern economy, NFTs managed to grab the public attention almost instantly. Yet, somehow plenty of folks around remain clueless when asked “What are NFTs worth?”

You can see throngs of people paying hundreds of thousands of dollars for someone’s tweet, portraits of pixel-art punks and weird-looking apes, or an internet meme. So a reasonable question arises — what does owning an NFT actually mean because there MUST be something behind those pictures, right?

In fact, there is. A lot. Buying NFTs is not about paying for downloading pictures from the internet. Think of it as a certificate verifying that Van Gogh’s painting is actually painted by Van Gogh and solely owned by you. And this certificate is locked inside a smart contract that exists on blockchain, which means it cannot be duplicated or destroyed. Anyone can download a copy from the internet but there is a reason why original paintings continue growing in value.

NFTs have already changed the way our society perceives art. But the real impact is that they change the way we perceive the right of ownership. Apart from pieces of digital art, NFTs create a whole new type of assets that can be transferred and traded across various platforms online, without depreciating their value. Not mentioning that they can be used to verify the authenticity of any item, be it digital or physical.

Thanks to the flexibility of smart contracts, anything can be turned into an NFT, including fashion and in-game items, concert tickets, and even user data. That’s right, the very same data about user behavior that Web2 companies like Google and Meta use to profit from targeting ads. Back to us.

Ultimately, NFTs can change the way brands communicate with their audiences by offering them unique experiences in both the real and virtual worlds and actually engaging customers in developing and promoting brands they follow.

This is a natural process: when people own an asset, they want its price to increase so they could potentially trade it for profit in the future. Thus, customers evolve into brand advocates whose prosperity becomes tied with the asset issuers they support.

Airdrops: Linking Users to Your Product

Airdrops are a digital marketing strategy for promoting a project by incentivizing its users. It is aimed at raising awareness and generating new leads to a project through the free distribution of new crypto tokens.

It is not a new concept but airdrop campaigns have naturally flowed into the Web3 ecosystem, and there are four types of them — standard, exclusive, NFT airdrops, and hard fork.

Standard airdrops represent tokens after or during taking part in a certain activity like using dApps, creating an account on a crypto exchange, subscribing to a newsletter — you name it. The reward from standard airdrops is usually nominated in lesser-known, aspiring, or simply new digital assets.

Web3 marketeers typically use this type of airdrop to attract attention to a certain dApp or an NFT collection by providing additional value to those who spread the word about the project.

Exclusive airdrops are meant to motivate users to contribute to the life of a Web3 project’s community or simply hold a certain cryptocurrency on their balance. Unlike standard airdrops, they are great at supporting user loyalty and tilt them toward being advocates of projects they are into.

Such airdrops work similarly to loyalty programs that brands actively use to turn new clients into returning ones by offering exclusive discounts, coupons, or hosting different events. Many Web3 projects like Polkadot, Ethereum, Solana, and others have successfully incorporated these tactics into their marketing strategies.

NFT airdrops represent the further development of this marketing concept. Current NFT holders get a chance to receive a piece from a new collection in their wallet. This type of airdrop works great for sparking interest in an existing and established NFT collection, as well as to kick off a fresh collection.

A great example of a successful NFT airdrop was the Bored Ape Mutant Serum which was distributed among holders of the notorious Bored Ape Yacht Club. Minting those NFTs at the time they were released cost 3 ETH ($7,800 at the time), while their reselling price on OpenSea started at 91 ETH (nearly $230,000)! One of the pieces from this collection was sold for a whopping $6 million!

When a community that flocks around an existing blockchain cannot build a consensus about the future of their project, they may decide to initiate a hard fork and continue moving in different directions.

Any member of an existing community can support a hard fork and get the same amount of tokens of a new blockchain they were holding in the original balance, Hard fork airdrops work best for those who want to capitalize on an existing community and use its reputation as a launchpad for a new project. However, such promotional tactics are bold and have a number of drawbacks since the “parenting” blockchain can easily overshadow its hard fork.

That said, Web3 is “owned by the builders and users, orchestrated with tokens,” cementing the idea that it is all about communities and data ownership. A successful Web3 project looks to bring together people pursuing common interests and the principle of equality.

It is hard to believe that a community that made itself a name through explosive growth and wild price swings can lean towards sustainability. However, it is important to remember that without sustainability there will hardly be mass adoption. And that’s where the industry is heading.

This generation of the internet unlocks new business models and value chains where reimagining communities is one of the building blocks. Today, the profitability of the project heavily depends on the people supporting it as they are key drivers of its economic and cultural value.

What’s important, this value can be and should be created before the actual launch of the product. Hence, forward-thinking companies not only build communities around their products but also develop products specifically aimed at supporting these communities.

A good example is Polygon DAO that shows its care about the community by providing its members with free online learning tools and hackathons to help developers and Web3 enthusiasts build a better Web3 future together.

Apart from developing your own community from scratch, there is an option to infiltrate so-called dark social Web3 communities. Don’t mix it up with the dark web. These communities are simply not indexed social communities usually based on Discord, Twitter, Facebook, Signal, metaverse spaces, or Slack. The thing is that if you hire a person who can perfectly navigate them, you’ll likely find a group of people already strongly engaged in a certain product or project.

Navigating also means understanding the language of Web3 communities as they have formed their own slang which is a tool of its own within them. But take it easy — no matter what happens in the market, you always can find support in the form of “WAGMI” messages, which stands for “We’re All Going to Make It.”

Create a free account and get alerts on your clients activity 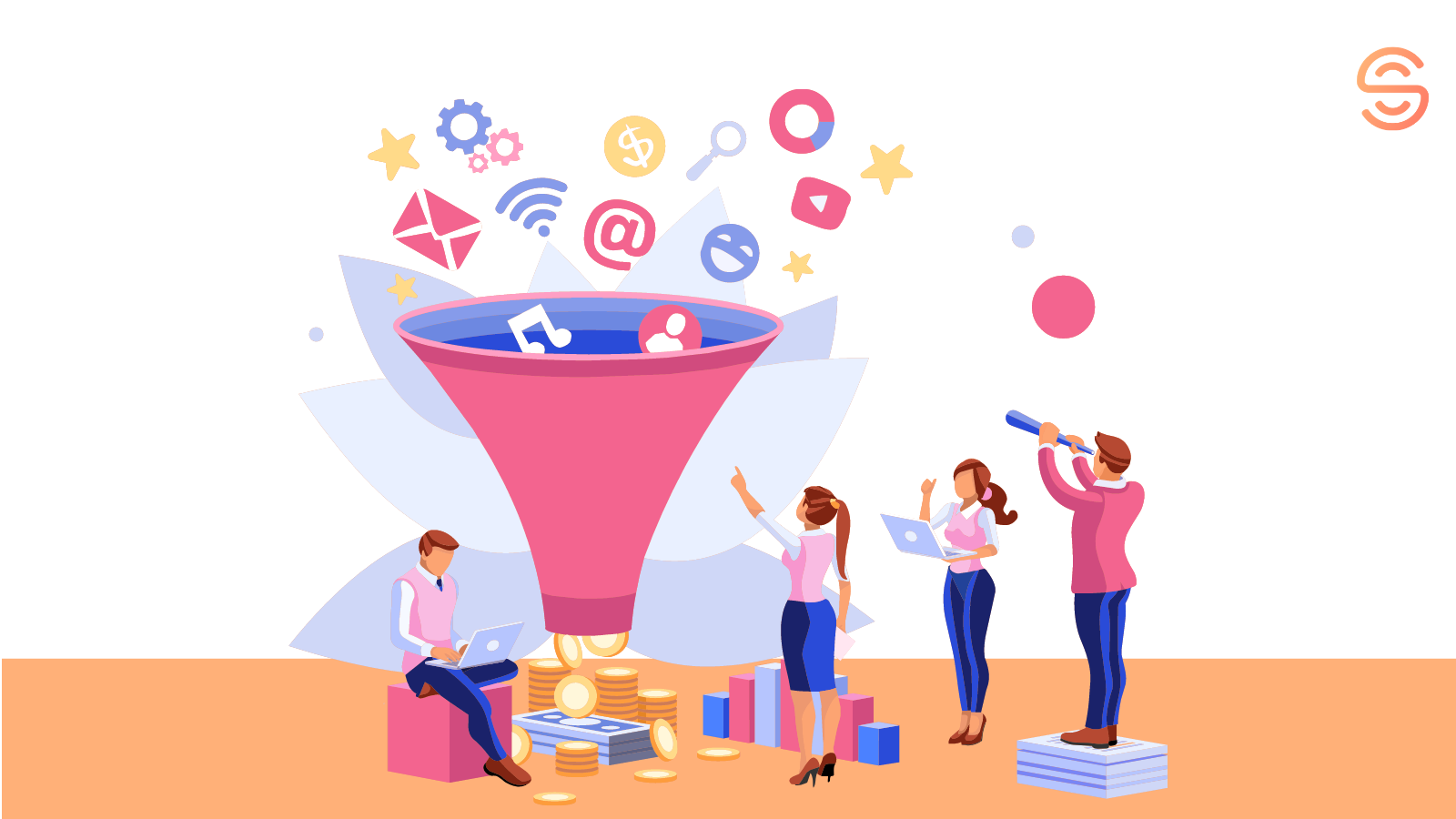 How to Build a Successful Medical Cannabis Outreach Campaign

The basic steps of building an effective cannabis outreach campaign that helps you turn leads into customers and boost sales.

Request for an expert consultation