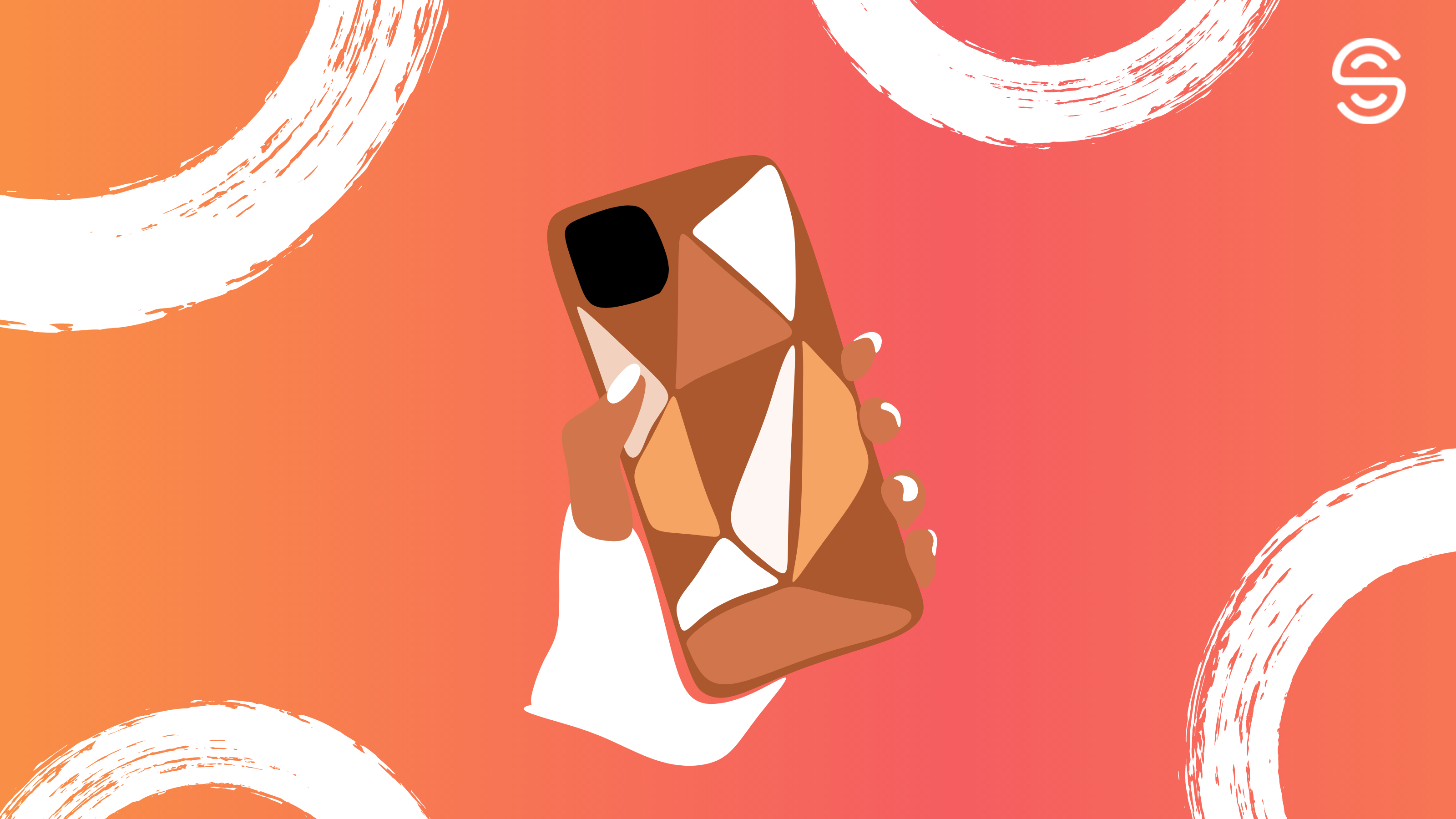 As promised by the company back in June of this year, the new iOS 15 is here. The update came into effect on September 20th and has already posed a completely different reality for marketers worldwide. Is it worse? Not really. Is it better? Kind of. Is it game-changing? Definitely.

While users pretty much worship the new iOS, advertisers are in a tizzy. Some are worried efficient ad campaigns will take ages to launch from start to finish, and others anticipate a rapid leap in cost. Well, it’s actually none of the above because quick, easy and effective ads won’t become history in the near future.

Moreover, the new iOS 15 introduces many martech opportunities that lead to better conversions, higher-quality customer care and happier clients. Excited yet? Let’s see what Apple has in store for us. ?

To begin with, we see a bunch of non-marketing upgrades like portrait mode for video calls and active FaceTime sessions during movie time. Plus, now we have native product page testing!

According to Apple, this feature “hides your IP address, so senders can’t link it to your other online activity or determine your location.” That is, marketers will no longer be able to detect when, where, or from which device your emails were opened and if they were opened in the first place.

But take your time before getting all panicky because opting in or out of “Mail Privacy Protection” is still each user’s choice. And this is how it works: when people open the Apple Mail app for the first time after the update, they’ll get a notification, enabling them to “Protect” or “Don’t protect” their mail activity.

If the individual is fine not protecting their data, marketers won’t see any difference. But if the client wants to be extra-safe, the “Protect Mail activity” feature will enter the table, which means limited access to the user’s personal data. In other words, open rates will become an unreliable performance metric.

The legendary invisible tracking pixels that used to load automatically when a person opened an email will no longer bring value, as with the new iOS 15, they’ll always appear to have been loaded — regardless of whether the letter has actually been opened or not.

Given that open rates powered a bunch of features like A/B subject line testing, mail list segmentation, and automated email series, measuring the efficacy of your ad campaigns will change. This, however, doesn’t mean you can’t assess using other metric tactics.

Methods like clicks, forwarding to friends and overall ROI aren’t going anywhere (more about that later ?).

The new Private Relay feature is pretty similar to a typical virtual private network (we’ve all heard the word — VPN). Basically, it’s a safer yet just as effective Internet reality.

Private Relay is a pretty helpful feature for confidentiality lovers as it allows them to keep all their online activity private — or encrypted. Simply put, no one can read the traffic leaving your device. This is a blessing for users and a pain for marketers as such private data helped the latter launch relevant and engaging ad campaigns in the past. 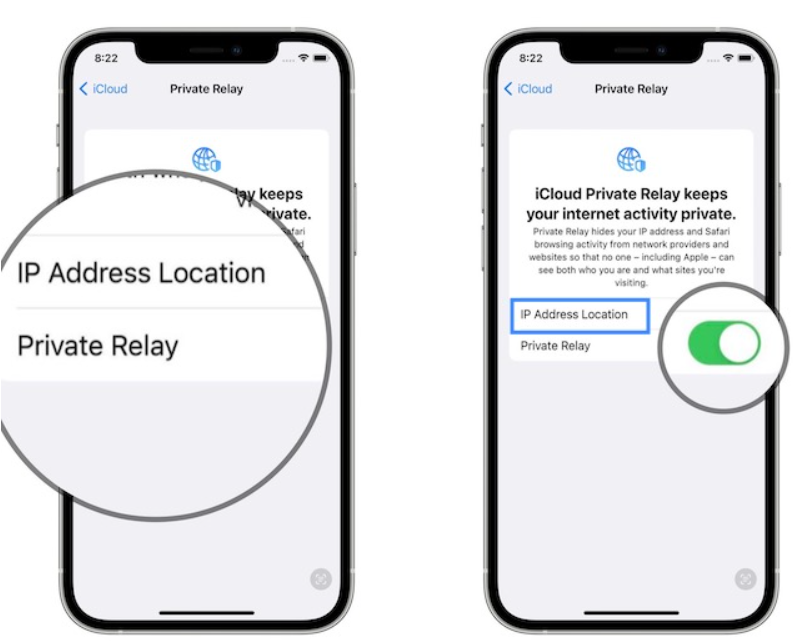 The good news is that the feature is available to iCloud+ subscribers only, and not so many users are willing to pay. Plus, it’s just on Safari. 🙂

Services enabling users to create temporary and random email addresses have been around for a while now, so if that rings a bell, “Hide My Email” may not surprise you.

As stated by the company, it “lets users share unique, random email addresses that forward to their personal inbox anytime they wish to keep their personal email address private.” In other words, you get your mail without telling anyone your actual electronic address. So why would anyone want to hide their email?

Email addresses provide valuable information about their owners. For example, you can discover a user’s company name, age, location, sphere or interests and other data. Not everybody is particularly excited about sharing this kind of info — that’s why they choose to create “fake” addresses. For marketing specialists, though, this data is super valuable as it helps to properly segment their audiences & email lists to then supply clients with only relevant offers. 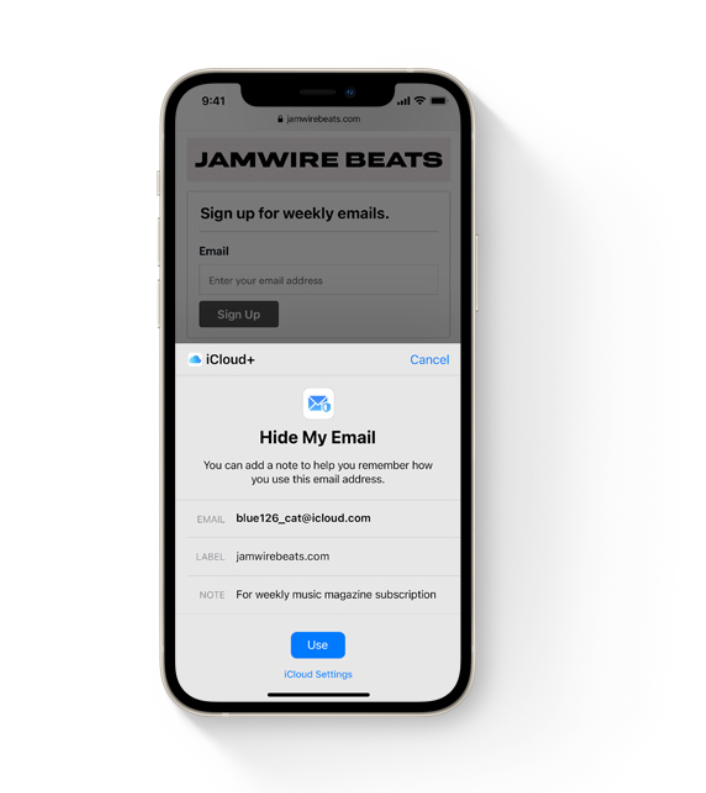 This option is only available for iCloud+ subscribers, though. And we’ll have to rely on other metric tactics anyway, so take it easy 🙂

So far, we see a decent list of changes to get adjusted to. But, even though the word “changes” has a negative undertone, is the ongoing update really awful? Let’s face it — iOS 15 is actually a good thing because it encourages companies to create more engaging campaigns and be extremely thoughtful about their audience’s expectations (which should’ve been the case all along). After all, we’ve been driving down the “open-rate” highway for too long now — now it’s time to try something else.

Rule #1 — adapt. Apple’s update is only scary to businesses that aren’t flexible. The efficacy of your ad campaigns won’t get affected if you know how to “pivot.” So don’t panic, and do think outside the box. ?

Aside from that, segment heartlessly, practice split-testing, persistently improve the quality of your subject lines and evaluate actual customer engagement level rather than outdated statistical data. You have to rethink the way you measure the success of your ad campaigns (if you want to stay afloat, of course).

So, yeah, AI-powered tools are capable of creating relevant, catchy and interesting ad campaigns in a flash. And, believe it or not, they’re usually more effective than human-driven approaches. (AI has its methods).

Rule # 4 — be indispensable to your clients. This is so obvious and yet so frequently neglected. If you bring true value to your clients, if they like and trust you, the privacy revolution won’t feel disruptive. 🙂

There you go!? As you can tell, launching productive ad campaigns during the high-privacy era ain’t that hard as long you’re ready to get (even more) flexible. Just make the most of modern-day smart tools (aka artificial intelligence) and view the current situation as an opportunity to get innovative. 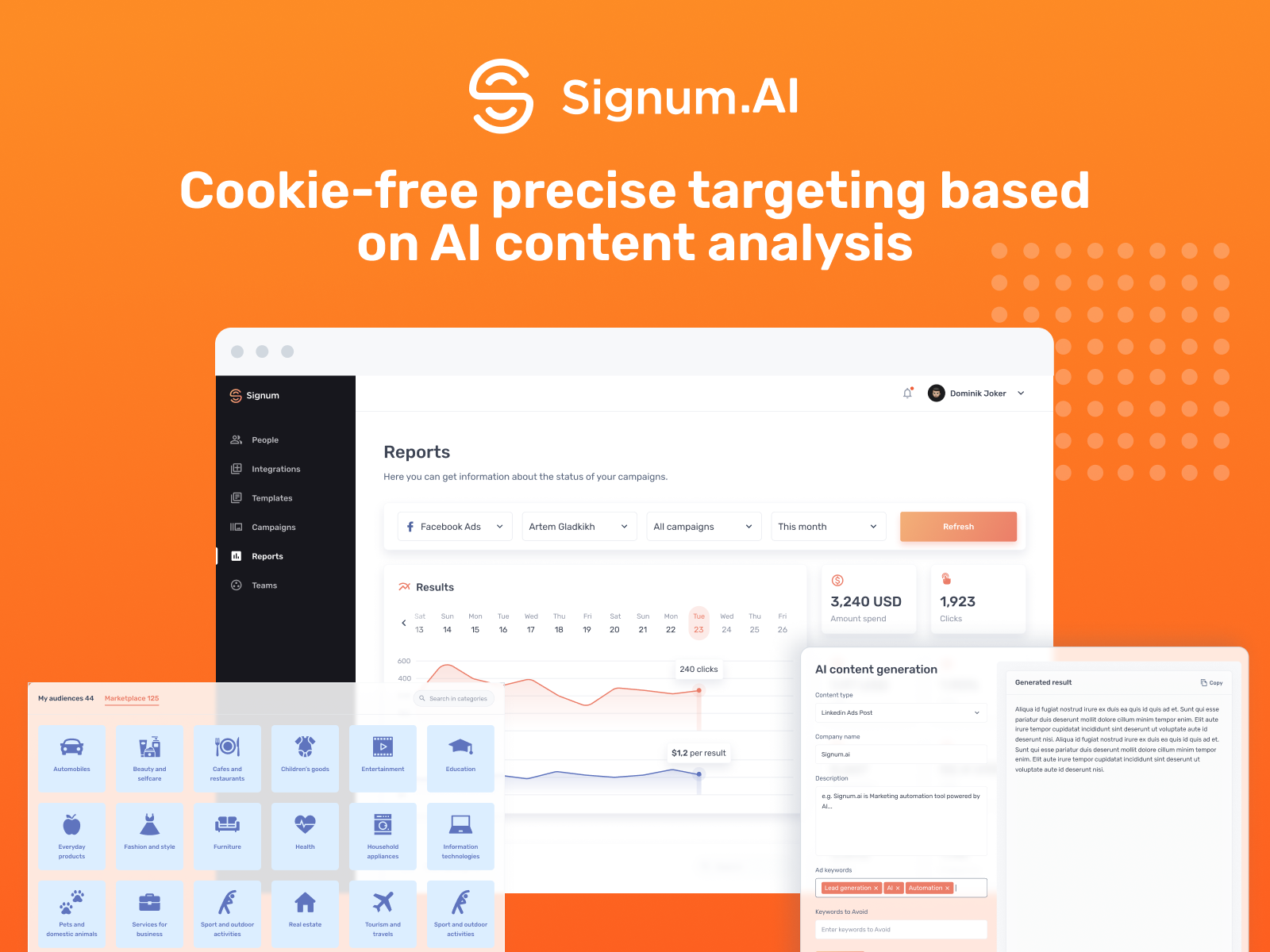 Big Data company Signum.AI launched a solution for precise targeting that helps tackle the challenges of the post-cookie reality

Signum.AI, a NY-based startup, announces the beta release of their platform that helps companies boost the efficiency of Facebook ad campaigns: decrease CAC, CPR, and get more conversions.